The Chernobyl and more recently the Fukushima disasters made Western countries aware of nuclear risks, whilst the Russian gas crisis and oil crises highlighted their high energy dependency.

Their goal is henceforth simple: gain independence whilst controlling their CO2 discharges. Some countries have initiated change and have announced their gradual withdrawal from the nuclear industry: Japan, Germany, Switzerland, Spain and Sweden among others. The States are committed to the energy transition and incorporate renewable energies in their energy strategy.

China, the United States and Japan install the most photovoltaic capacity in the world. They are also the largest investors in renewable energies: China invested 102.9 billion dollars in 2015. India is gradually joining these leading countries thanks to a significant proportion of solar energy in its electricity production.

Germany has set itself a target of 80% renewable energies by 2050.

The United Nations climate change conference “COP 21” has had a significant impact on how we produce electricity throughout the world. The International Energy Agency believes that solar energy will be the leading source of electricity worldwide in 2050.
Photovoltaic energy has received an overwhelming vote! It is estimated than in 2020 photovoltaic power will be four times greater than the global installed nuclear power. Currently, global installed photovoltaic capacity is continuing to grow exponentially: it has increased fifty times over in just ten years! 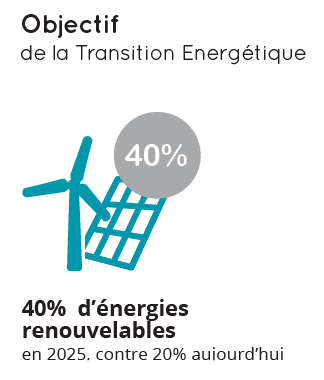 Grid parity has now been achieved in many countries, including France: solar energy is no longer a luxury but very much a competitive energy! The drop in costs of photovoltaic technologies makes solar energy a force to be reckoned with. Globally, on average, a ground-based solar plant achieves a price of between €70 and 110 per MWh.